Paul Gryglewicz is a senior partner at Global Governance Advisors. Peter Landers is a partner.

The Liberal government’s proposed reforms for the tax treatment of stock options will require Canadian companies to rethink their use in executive compensation and may even cause some to move quickly to provide option grants before the changes take effect.

Under the existing rules, executives received a tax break on stock options, allowing them to only pay taxes on 50 per cent of the value realized from those investments. But new rules proposed by the Liberal government in its March budget would cap the value that can be taxed at that preferential rate, setting an annual vesting limit of $200,000. This means that executives will have to pay tax on 100 per cent of any value over that cap, providing them with less after income tax.

We realize there may be little sympathy for the highest earners who are typically the beneficiaries of these option awards, but we want to highlight some of the potential ramifications this could have on Canadian executive leadership and on future compensation decisions. These tax changes are likely to have the greatest impact on executives working at companies with higher share prices – typically mid- to larger-cap organizations in Canada.

There are still some unknowns relating to the final roll-out of the proposed tax changes, including which companies will be considered to be “mature” organizations subject to the new tax treatment. Still, the changes could result in some positive outcomes. For example, affected companies will have to consider alternatives, one of which is to use performance share units (PSU) to replace some or all stock-option grants.

A PSU is earned by an executive for achieving predefined performance metrics. The value of a PSU is linked to the future value of the company’s shares and, while it is taxed at an executive’s full marginal rate, it represents a higher degree of accountability because the executive only receives the compensation when the company achieves the performance conditions.

PSUs tend to be less dilutive and more widely accepted by shareholders. A quick look at Global Governance Advisors’ top 100 CEO compensation research shows PSUs are the most adopted form of long-term incentive compensation among companies over the past few years. Investors should be pleased to see this continued evolution.

Meanwhile, some boards will consider what we will call a “farewell” option grant. This is where a board may elect to approve one more year’s worth of option grants in the closing months of 2019, before Jan. 1, 2020, which is when the new tax rules are scheduled to take effect. This would allow the late 2019 stock-option grants to still be treated under the current tax rules. It should be noted that not all shareholders will accept this decision with open arms.

While this has tax advantages for the executive or employee, it will present a disclosure issue for publicly traded companies because it will make 2019 pay look much higher than usual since there was an additional grant provided late in the year. This will make it important for companies to clearly outline the rationale for making the extra stock-option grant in 2019 and what their proposed approach to future grants will be moving forward.

The government might see some tax gains, but how much good will this reform accomplish? Executives at some of Canada’s mid and large-size companies will not be overly welcoming to this material hit to their family’s after-tax income. Will this drive executives to move outside of Canada? The changes seem to put Canada on a more level playing field with the United States, so potentially the effect of these changes will be neutralized cross border.

This being said, companies that choose to adopt or increase the weighting of PSUs within their long-term incentive package may be able to provide executives with a higher after-tax income while tying a greater portion of long-term pay to performance.

Private and emerging companies that do not end up falling under the “mature” company definition may see some competitive advantages if they are able to attract new talent with stock options. These executives will be able to continue maximizing their after-tax wealth through high share-price appreciation as opposed to paying more in taxes, as the new tax rules will not apply.

Material changes to the taxation of stock options are coming for the first time in many years in Canada. These proposed changes may provide an opportunity for companies to explore new ways to compensate executives and employees that they have never considered before. No one likes change, but by being properly prepared for the impact, companies can set themselves up for success in the new taxation environment in attracting, retaining and motivating the key talent they require to achieve long-term goals. 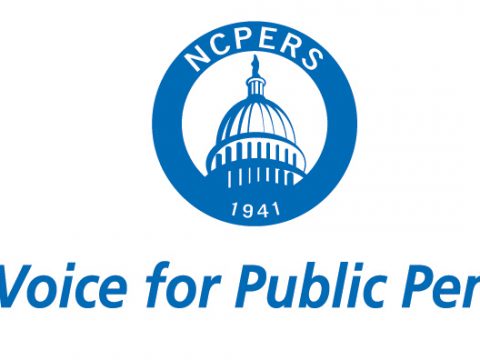